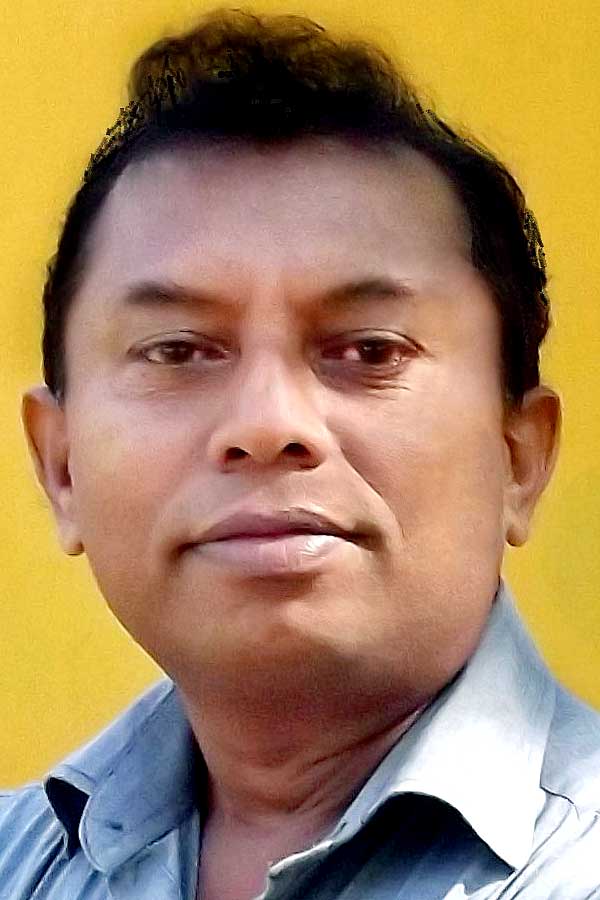 He commenced his media career in 1994 as a provincial journalist of Lankadepa newspaper. He followed Diploma in Journalism at the University of Colombo. He became the Ampara reporter, with the commencement of Lakbima daily newspaper in the year 2000. At present, he also works as the Ampara reporter of Sri FM radio. He has attended workshops conducted by BBC and Inter News. He has experience as a radio program producer and announcer by producing ‘Saba Handa’ program of Eastern Media House. The Tsunami radio program he produced won the second place of Eastern Province Public Service Awards in the year 2006. He has attended workshops conducted by Sri Lanka Press Institute and Transparency International. Saman who is also a teacher of drama and performing arts, is an Announcer by profession.

A Musical, Maritime Mystery:
Seeking The Singing Fish Of Batticaloa

Not In Their Stars:
Visit With A Former Fortune Teller
Kochchikade Devotees Defeat the Devil:
Sri Lankan Food + Medical Packaging In Language Nobody Can UnderstandThe Batticaloa Market With Better IntentionsSeeking The Singing Fish Of Batticaloa
The Ampara Village For Displaced Emptied By Courts, Now Inhabited By Wild Animals
Visit With A Former Fortune Teller
©2022 MiCT, all rights reserved.