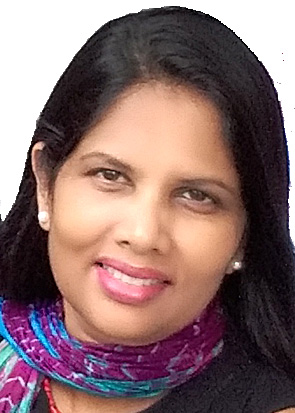 Shanika Sriyananda is a freelance Journalist and an amateur photographer based in Colombo. She was the Assistant News Editor of the Sunday Observer, in which she was the defence correspondent and had extensively covered the 33-months long Eelam War IV in the Northern parts of the country. She has represented the country in many international forums and also a fellow of the Institute of International Journalism based in Berlin, Germany and also the Asian Journalism Fellowship 2017. Her main interest in writing is the post-conflict scenario including rehabilitation of former ex-cadres of the LTTE and the reconciliation. She has won several awards, including the Merit Award at the Journalism Excellence Awards conducted by the Editors Guild and Sri Lanka Press Institute for her writing on environmental issues. She had also won the awards for Best Health Communicator awarded by the National Science Foundation for two consecutive years. She holds a Diploma in Journalism and Writership from the University of Sri Jayawardanapura, Diploma in Counseling and Higher National Diploma in Counseling from the Sri Lanka Foundation Institute. She has published two books about women prisoners and the people of war-torn Jaffna As a freelancer, she was the Sri Lankan correspondent for the esteemed US-based online defence magazine ' Asia Pacific Defence Forum, the Global Press Journal and the Indiablooms. She currently freelances for Sri Lanka's prestigious business daily - Daily Financial Times.

alokashan7@gmail.com
The freedom to be Sri Lankan

Out of the shadows

Ithayalal: “We have to solve the problems of Tamils within our country.”

Going Straight:
Sri Lanka’s Ex-Prisoners Get Another Chance Thanks To Aid Scheme