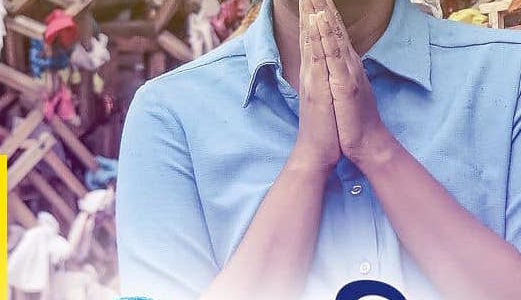 “In this country where multicultural communities live, there is nothing wrong with getting to know one another. Everyone should do it,” says actress and TV host Niranjani Sanmugarajah who played the lead role in Tsunami, a recently released Sinhala language film which also runs in Tamil during certain scenes. The Catamaran interviewed Niranjani Shanmugarajah about the production and release of ‘Tsunami’.

THE CATAMARAN: How did you get the opportunity to act in Sinhala films as a Tamil actress?

I was born and raised in Kandy. I studied in a Tamil language, Muslim school. I would recite Qra’ath and Kaseedah during school days. I know about Islam as much as I know my own religion. Likewise, I am well acquainted with the Sinhala language and culture. There is nothing wrong in getting to know one another in this country where multicultural communities live. Everyone should do it.

THE CATAMARAN: You play the lead role in the recently released ‘Tsunami’. Tell us about your cinema experience before that?

I was initially interested in singing and participated in many singing competitions. Then I joined the national television show as hostess. I got a chance to act in a movie called ‘Ini Avan’. At that time, Tamil actresses were scarce in the Lankan cinema field. I got into the field in 2011 when I acted in ‘Ini Avan’. The film reveals issues and tests faced by Tamil youth in the aftermath of the war and emphasizes the need for the development of the war-torn areas. The film was released in 2012 and I was awarded the Best Actress Award at the 2013 National Film Awards Ceremony for my performance.

Since then, I acted in another 7 films. Legendary figure Rukmani Devi was the first Tamil actress in Sri Lankan cinema. She was also the first actress of Sinhala cinema. After Rukmani Devi, I am proud to say that I am the only other Tamil actress to be in many Sinhala films.

THE CATAMARAN: Can you tell us how this film came about?

The tsunami was the biggest natural disaster that affected Sri Lanka and many countries in the region. There were many casualties. The story is based on an actual incident in Sri Lanka, concerning a child who disappeared during the 2004 tsunami. Nine parents filed cases at Kalmunai Magistrate’s Court for the same child but the child handed over to the rightful parents after genetic testing. That true story was filmed with minor variations. A Tamil and a Sinhala family are involved. We shot in Trincomalee, Kuchchaveli, Kandy, Digana, Negombo and Hambantota. The main character in the film is a mother of two children and that is the role I played as Kalyani. The film was directed by Kalasuri Somaratne Dissanayake, one of Sri Lanka’s most acclaimed directors who had won many international awards.

THE CATAMARAN: Tell us about the unique mix of languages in the film

THE CATAMARAN: What lesson can this film teach us?

The birth of a child does not determine its religion or culture. The story clearly tells us that it is the environment that determines it. The child, born to Tamil parents grows up to 12 years with Sinhala parents. This is the struggle of affection and humanity when it comes before the law. Not only this film, but also the reality shows us that we are all equal before nature. It is essentially a reconciliation-oriented film.

THE CATAMARAN: Is reconciliation possible through the arts?

There have been many works of art based on reconciliation. Dramas and films are still being produced along that line. Yet change must come in every mind. Artists also have to make a change in themselves. That is what will make reconciliation possible.

Reporting from Wadduwa
Pollution & the Peaceful Sea
Articles by A.M.Fais