From Kerala to Kandy
Granny was a Feminist

My great-grandmother Winifred Jacobs aka Granny (front row, second from right with baby on the lap) packed all her eight children on to a ship and sailed from Kerala, India to the golden shores of Sri Lanka soon after her husband passed away somewhere in the 1800s.

Married off at 14, she became a mother of eight by 23 and had crossed the oceans before 30. She had never been out of Kerala before, yet bravely and gracefully stepped out of the ship and on to a lifetime of adventure, accidents and anecdotes for her great-grand-daughter to write about over a 100 years later. When I look back, I understand my present better.

This was an era when Sri Lanka was the ‘greener pasture’ and along with South Indians, East Africans, Javanese, Burmese and Afghans too came over and supported industries in various parts of the country. Even then, it was mostly the hard toil of women which made Ceylon number one in the global presence of tea, coconuts, rubber, tourism, roads and railways. Once again today, it is the women in tea plantations, apparel manufacturing and in the Middle East, who keep the economy afloat. The fight for decent if not equal pay and citizenship rights still continues and franchise was only attained in 1970. My mother still has an X on her National ID Card despite the years of sweat and blood her ancestors spilled on this land for its prosperity. 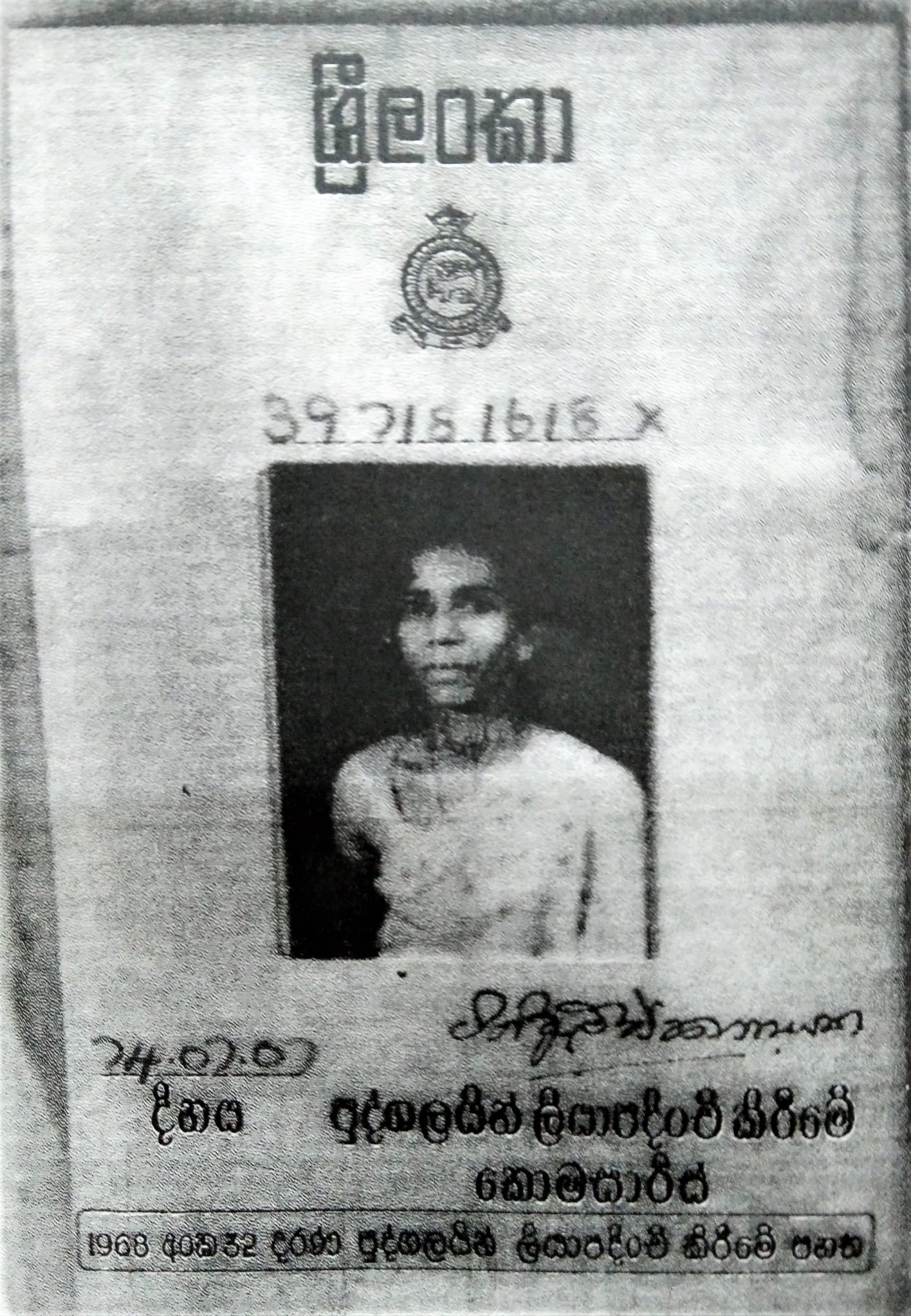 With only Rs.50 as salary, Granny single-handedly educated her children at Mowbray and Trinity College Kandy. Her last recorded employment was in Mowbray College as a Matron. She had no high school education, diplomas or degrees. All she had was that hardcore determination to be useful, responsible and not waste a single minute. Granny could cook, crochet and cull a chicken, all at the same time. One of her daughters, Betsy Thavamoney (my grandmother) went on to become one of the finest English Teachers in Mowbray and later at Lakpahana Adventist College in Mailapitiya. Another daughter, Emily Peters passed her Nursing Exams and was a midwife in the Tea Plantations at a time such skills were scarce. Today, Sri Lanka tops the UN list of most successful maternal and infant health care countries. Her son-in-law Jim Peters was the first open heart surgery candidate in Sri Lanka.

One son joined the Army and served in Egypt for many years. It was his firstborn that Granny took care of while her daughter-in-law worked. She was a true believer that if a woman has a skill, she should go use it. There was no sitting around the house watching television (even if there was one at that time). It was at this time that Granny mistakenly gave the infant Liniment (an oil applied only externally for pains) instead of the Gripe Water bottle it looked alike. When she realized her mistake, she had carried the baby and run along the railway tracks to the hospital. Sadly, the baby did not make it. A passerby found the baby’s gold chain on the railway tracks and returned it to Granny. Her daughter-in-law never held the death against her and testified that it was a genuine mistake. They went on to have four more children, all of whom Granny raised. She had been an advocate to change the labels of the two bottles
ever since.

In 1977, she housed as many neighbours as possible, shielding them from the ugly communal riots. She already had mynahs, parrots, cats, dogs, cows, goats, chicken and 23 great-grand-children. In 1977 her 24th great-grand-child, my sister, was born. She sat on the green wicker chair on the porch in her gold and brown, checkered, Indian saree until the black buggy car rolled in with the newborn. I was burning with jealousy but she made me kiss and bless the baby. In her life, there was no room for grief, grudges or ganging up. A month later, she called her family together and announced her impending death and gave clear instructions on how to conduct her funeral. She chose the clothes, the songs and the refreshments. At 94 years she had no blood pressure, glucose or heart problems. She passed away peacefully that night. I was sharing the room with her and never knew she had ceased to be. For me, she
never did. 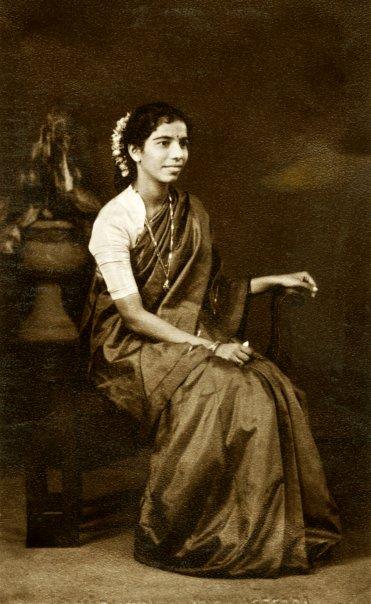 I see her in the women in my family today. In my mother, my sisters, my cousins and my grand aunts. Always nurturing something or someone, always making new pathways. She was never idle. Her wanderlust has been passed on to my children and me. I could always see that ship waiting for me to board, to discover new lands and new people; to never lose my purpose or poise.