Small villages in Sri Lanka have come up with an original way of organising what may best be described as community loans. It’s all about having a party.

The invitation is simple enough, reading something along the lines of, “you are cordially invited to attend a party at our house on such-and-such a date”. A standard invitation, in other words. There is only one strange line. It asks those who did not attend a party at the same house in 1998 to ensure that they come. Often there will also be an amount of money written onto the invitation.

That is because this invitation is to a so-called “fund-raising party”.

Just like a wedding, food and drink will be served in a specially decorated hut. But those attending from the host village and any other participating villages nearby – between 100 and 200 people – are expected to bring a sum of money with them, which they leave with the party’s hosts. So for example, a party-goer may bring SLR1,000 [about EUR6] for the host. When that party-goer throws their own fund raising party, sometime in the future, they will expect the SLR1,000 back but with interest, potentially even double the amount. And when that party-goer then goes to another fund-raising party elsewhere, he must be prepared to give back the SLR2,000 with interest to whoever is hosting that fund-raising event.

An ancient proverb says that many tiny drops make up a mighty ocean. And so it is for this fund-raising scheme, which is similar to a sort of loan from the community at large. The fund-raising parties have seen villagers who never before even had a bank account come to open one, with wads of cash and an escort for security. 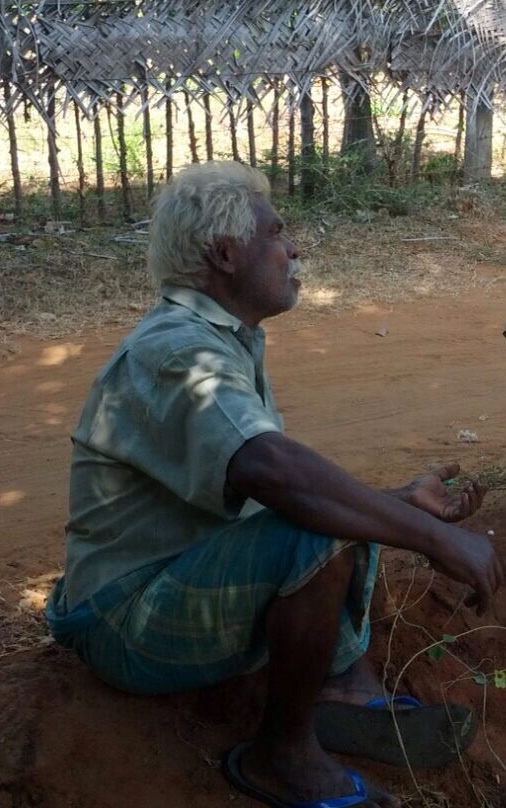 “So far I have conducted nine fund-raising ceremonies,” Sellan Veerapathiran, 67, a local man from Kottuvattai village, told The Catamaran. “Through this I have settled my father’s debts and helped build a house, pay for my children’s marriages and send my children abroad.”

The first fund raising party that Veerapathiran held was in 1969 – he says these kinds of events have been happening for generations – and he managed to pay back a debt his parents had incurred for the digging of a well.

He tells of a local widow who held a fund-raising ceremony to put together dowries for her daughters; she raised around EUR10,000 and was eventually able to marry two of them off.

“Honesty is very important,” Veerapathiran adds. “At any fund-raising party, the money should be doubled and returned. Some people do fail to do this and there are defaulters,”

Should anyone not manage to pay back the money they have loaned from the community coffers, they are invited to another, smaller kind of party. At this, there will also be food and drink but the event is brief and the invitation simply asks the defaulter to show up and pay back the required sums. It is all about the social contract.

It is also important to note that a fund-raising ceremony cannot simply be conducted whenever somebody needs cash. One may only hold such a party every five years, not more.

Most of the people hosting the parties are farmers, labourers, masons or traders. Very few civil servants hold such fund-raising events. And the parties are mostly held in May, June and July.

The parties go on until around 10.30 at night and guests don’t leave until all the funds have been collected. Before anybody leaves, the total sum of money is announced to the crowd.

It is also possible to opt out of the loans circuit, after a certain time. As one family wrote on a note to Veerapathiran: “Loans due from the 2008 party will be accepted but no new gifts should be given”.

A lot of people make money from this simple village-based system of loans and interest. It has allowed villagers to develop their homes and businesses. Many villagers who suffered greatly during the Sri Lankan civil war and who lost everything say they have been able to start again and to feel proud again, because of this system. 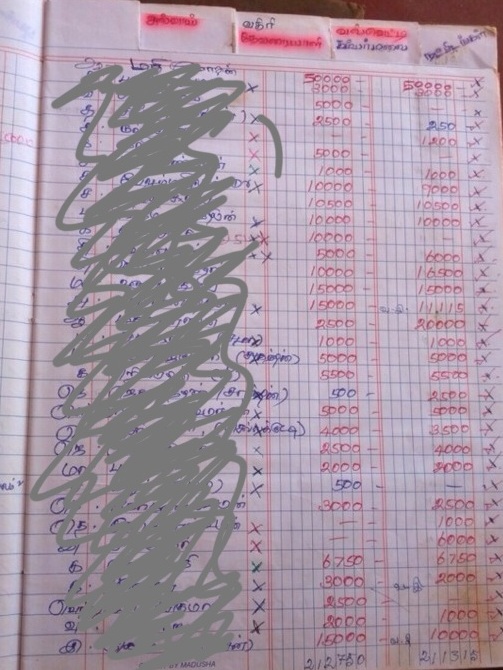