A move by India to cut down on its ‘black money’ market has left average Sri Lankans with wads of worthless Indian rupees. 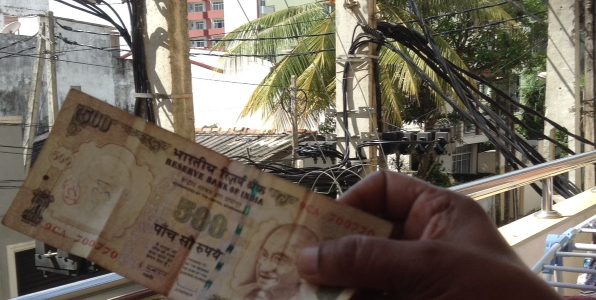 The young Sri Lankan man in the bank politely asked the teller if he would change Indian rupees to Sri Lankan ones. It’s a normal enough transaction to enquire about in a bank. But the teller shook his head.

“Earlier they exchanged Indian currency,” the young man told The Catamaran later, outside the bank. “Now they say they won’t.”

It is not just the people of India who have had to deal with the sweeping changes caused by the Indian Prime Minister Narendra Modi’s decision to try and wipe out the “black” cash economy in his country by abolishing several denominations of rupees. Anyone in India trying to change large amounts of the denominations – 500 and 1,000 rupee notes – would have to explain to Indian tax authorities how they came by the money. The change was made in early November and locals in neighbouring Sri Lanka are also dealing with the fall out.

Many Sri Lankans hold Indian cash in those very common denominations – but the exchange counters and cash shops in the island nation have stopped changing the money.

The young man had 200,000 Indian rupees (around EUR2,800) that he said remained from a trip to India taken by colleagues who worked for an NGO. He didn’t know quite what to do with the cash.

A few minutes later, a local woman entered the bank with a similar amount and received the same answer from the teller.

“Four days ago I changed this money to pay some medical expenses,” the woman told The Catamaran. “Now I cannot change it back,” she said, with tears in her eyes.

At least 50 people have come here every day to try and exchange Indian rupees, said the manager of the exchange counter, who did not wish to be identified because he was not authorised to comment on the matter. “All of them leave disappointed and sad,” the manager said. “We cannot help them because the Sri Lankan Central Bank doesn’t allow us to change the currency.” 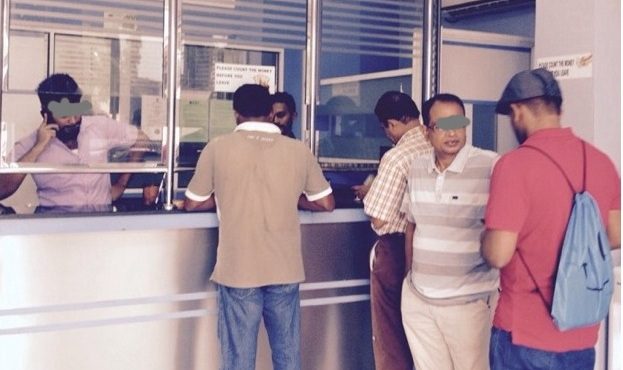 The manager of another, smaller exchange shop explained that Sri Lanka is not actually allowed to exchange the currencies of some nations also belonging to the South Asian Association for Regional Cooperation, or SAARC.

The Sri Lankan customs department rules say that locals may bring small amounts of cash into Sri Lanka, as long as it isn’t from India or Pakistan. If anyone wants to import more than US$15,000 special permission must be granted. Those rules are the reason that many ordinary Sri Lankans hold quantities of Indian cash.

A lot of small businessmen in Sri Lanka use Indian currency to pay staff and for business in the larger neighbour. Even those middle-class Sri Lankans who know the rules about currency exchange are quite likely to hold some Indian rupees.

So how are those locals, none of whom are wealthy and who are unlikely to be tax dodgers, to change their smaller sums?

The manager of the exchange counter had some answers. “There are some money changers who will change the Indian currency but they will take 50 percent commission,” he explained. “And people are doing it, thinking that it is better than nothing.”

In India, locals there are able to deposit their money, if it is in the invalidated 500 and 1,000 rupee denominations, into bank accounts – but of course, the government and tax authorities are watching them. But many Sri Lankans don’t have Indian bank accounts, even if they do business there regularly.

“The small businessmen who work in India often are at a loss,” the manager continued. “They don’t have bank accounts in India and they are very worried. They don’t know what to do and fear they will lose all their money.” 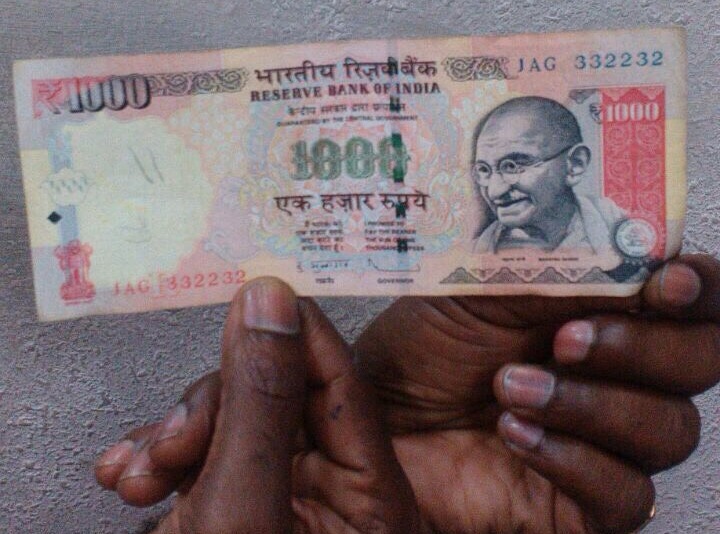