Policy Advisor On Sri Lanka’s New Constitution:
‘We Need To Find A Position Both Parties Can Agree On’

Sri Lankan lawyer, Lal Wijenayake, the head of the Committee of Public Representations on Constitutional Reforms, explains why the country needs a new Constitution.

Later this month one report on the formulation of the new Sri Lankan Constitution is likely to be released. As local media have suggested, it is likely to cause tensions in the country where different sectors of a society divided by civil war, are wrangling the words that will become the basis of the modern Sri Lankan state. The Catamaran asked local lawyer, Lal Wijenayake, his opinion. Wijenayake is the head of the Committee of Public Representations on Constitutional Reforms; his committee’s job was to seek public opinion on the proposed constitutional reforms.

The fundamental rights guaranteed by the current constitution are out of date.

The Catamaran: Does Sri Lanka even need a new constitution?

Lal Wijenayake: After independence we had the challenge to build a nation with a Sri Lankan identity, and to create a constitution with participation from all the communities in the country. That is how a national identity – that of a multi-ethnic, multi-religious country – is built.

India did that with its constitution from 1950 and that is a country with hundreds of ethnicities and cultures, and it is also divided geographically. Currently our Constitution does not have a uniquely Sri Lankan identity. That is why we need a new one.

The Catamaran: How can the ideal of “power sharing” be achieved when it comes to the Constitution? 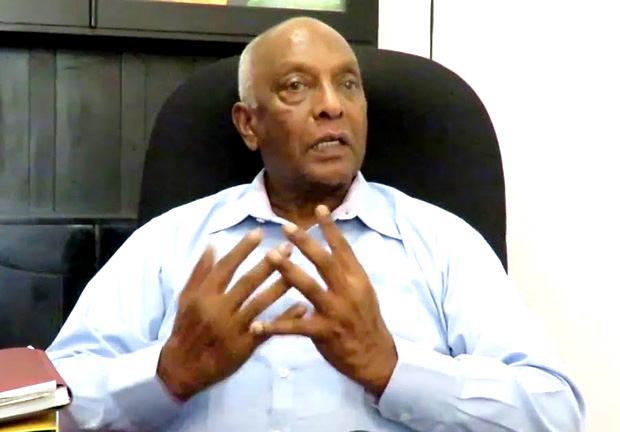 The Catamaran: Why is that necessary?

Wijenayake: Although Sri Lankans in the north want a federal solution, the people in the south don’t like that idea. So a radical change like this cannot simply be introduced. First we need to find a position both parties can agree upon.

The Catamaran: Will the new Constitution pay special attention to the sectors of Sri Lankan society, who say they are marginalized at the moment?

Wijenayake: Yes, that is an important point. Because even the fundamental rights guaranteed by the current constitution are out of date. There are rights to education, health care, a clean environment and for disabled and older people, all of which should be considered.

The Catamaran: One of the most controversial points people have made is that the new Constitution will no longer give the Buddhist religion as much of a priority. Is that true?

Wijenayake: That is a lie. Who says this? The place that Buddhism holds here cannot be denied. Even the Catholic Church agrees on this. Buddhism has priority but it is no the state religion. And other clauses in the Constitution guarantee the freedom of other religions. Additionally the local courts say that Sri Lanka is not a religious state, but that Buddhism has priority. Nobody disagrees with that.

The Catamaran: What sort of responses have you had from the general public?

Wijenayake: Very positive. People tend to make two main points. One is to ensure the state is democratic so as to avoid any kind of authoritarian rule. All communities in both the north and the south have made that request.

The second request most people make is to ensure that power is shared so that all communities can be reconciled [after the civil war]. Nobody would argue with this and many people say Sri Lanka won’t get a golden opportunity like this again. The political parties in the north and the south have come together on this point. Only racists are opposed.