Former Filmmaker For Tamil Tigers:
‘Mothers In The North Cry Just Like Mothers In the South’

Sri Lankan director Kesavarajan Navaratnam once produced propaganda films for the Tamil Tigers. Now he makes films for all the country.

Kesavarajan Navaratnam spoke to The Catamaran about his latest production and why he still feels partial responsibility for what happened during the Sri Lankan civil war.

The Catamaran: Can you tell us a little about your new film, Paneimarakadu?

Navaratnam: The main theme is about the challenges faced by war widows here, after the end of the civil war. An Indian production company helped to fund the film but there were many problems. It took about two years to complete the film. But I hope to show it very soon.

There are lies being told about the Tamil people in some of those films.

The Catamaran: You have made films for the Liberation Tigers of Tamil Eelam. Is that the only way that you “fought” for the Tamil people, so to speak?

Navaratnam: Even back then I rejected the idea of fighting with guns. But I did work with the Tigers. I made my first films for them in 1986 and 1987. After that the Tigers helped out.

I still feel the pain of the Tamil people. Their problems have not been solved and they should be. Now I make films for the whole country and I want everyone to see my films. I made films before I worked with the Tigers and I have made films after that too.

The Catamaran: How do you feel about movies coming out of Jaffna now?

Navaratnam: The spirit has weakened. There is a need to save the northern film industry from being overrun by Indian movies.

The Catamaran: The civil war ended eight years ago. Yet you still go out to protests in Colombo. Why?

Navaratnam: People have a lot of problems because of the civil war. They lost their children. They don’t know what happened to them. The military took their lands. And the people want answers to those issues. We cannot say their problems have been solved. 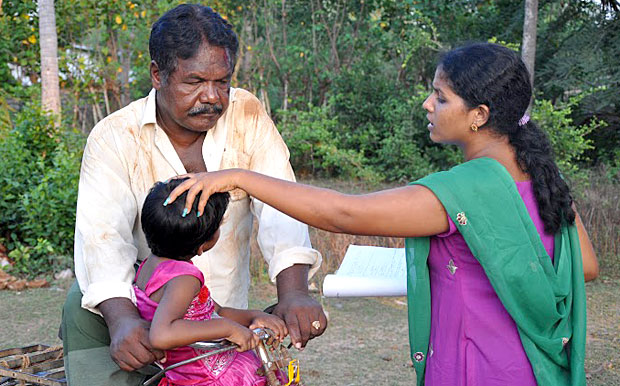 A scene from one of Navaratnam’s films.

The Catamaran: And what do you think about some of the films being made about the civil war?

The Catamaran: Do you have any thoughts on the political situation for the Tamil people now?

Navaratnam: Justice has still not been done for the Tamils. Politicians from both the Sinhala side and the Tamil side talk about people’s problems and then they just forget about it. We need to do more than just talk about this.

We, the Tamil people, often vote for Tamil politicians because we think they will do something for the people. But nothing ever happens.

Once they get into power they promptly forget all about the voters. What politicians are doing is earning a living for themselves.

The Catamaran: A lot of Sri Lankan film directors have left the country to work on bigger productions overseas. You have not chosen to take that path. 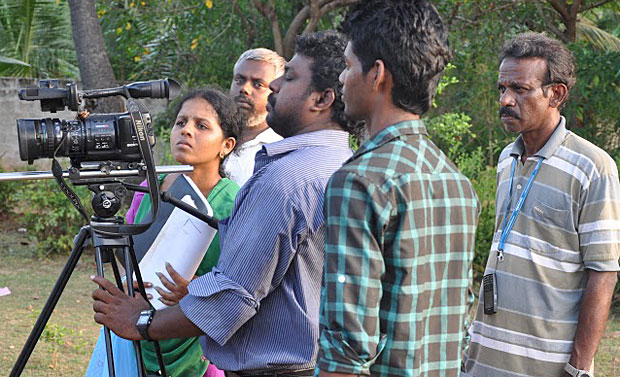