The coal plant in Norocholai may provide electricity to many Sri Lankans but for those living nearby, it is poisoning their farms, their fish and their children.

School children in Norocholai show coal dust on their hands.

“They told us that once the power plant was built, that this would be heaven on earth,” says Eslan Thasan, a local farmer in the Norocholai area, in central Sri Lanka. “But instead we are living in a total hell. Our right to breathe freely has been taken away.”

When the Lakvijaya Power Station – also known as the Norocholai power station, due to its location – first started operating, locals were upset, saying the burning of the coal would be problematic.

They were right, the local farmers say. The demand for crops grown here is decreasing, another local, Damayanthi Senadhipathy, says.

“Our beetroots are black,” adds R. M. Vinodani. “They cannot be sent to Colombo.” 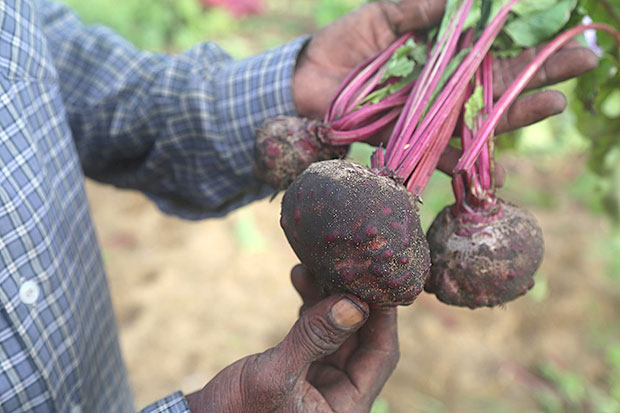 The wind takes the coal dust further and spreads it over farms and villages. Trees are covered in black dust and that is just the visible damage, the farmers say.

Construction on the power plant, for which plans were first drawn up in 1997, ended in 2011. It is now the largest power plant in Sri Lanka. At the time experts said there would be no environmental damage but locals say they have been proven wrong.

“Look at this,” a local youth touched the leaf on a tree and showed his hands. They are black. “A lot of people here have breathing problems. We cannot dry our clothes on the line,” local man, Dilan Chaminda, said.

“This problem gets worse every year,” local cleric, Ranil Sandaruwan, told The Catamaran. “People’s lives are destroyed. They are having health problems. Even the number of fish in the sea has decreased as the coal dust flows off the land and into the sea.” 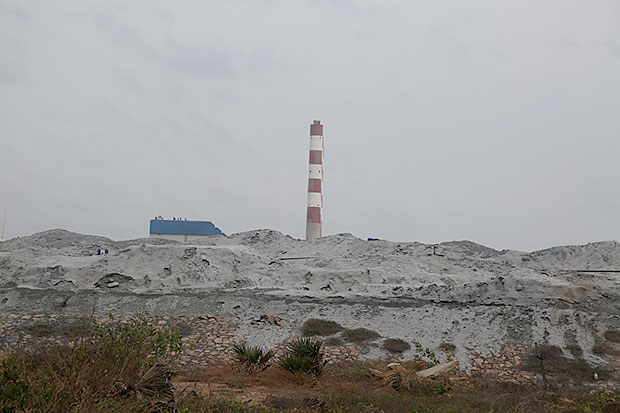 At a local school, that is close to the power station, the deputy principal calls some children forward to show their hands. Their palms are dusty black and their white uniforms turn grey.

“I came to this school just five years ago,” the teacher says. “When I came here the sand in the playground was white, now it is black. If this continues, all the students will become ill.”

Jagath Gunawardena is a Sri Lankan lawyer and an environmentalist who has been studying the power station since its inception.

“The actual construction of the power station is not the problem,” Gunawardena explained. “It is just that it was not built properly. Various locations were considered and dismissed, some due to local protests. But this plant was not built according to proper technical specifications. More needs to be done to work out what to do with the ash. And we should also be using better quality coal.”

The Sri Lankan power board has suggested that a windbreaker be built in order to protect locals from the coal dust. When approached again with the locals’ complaints, they gave the same answer again. 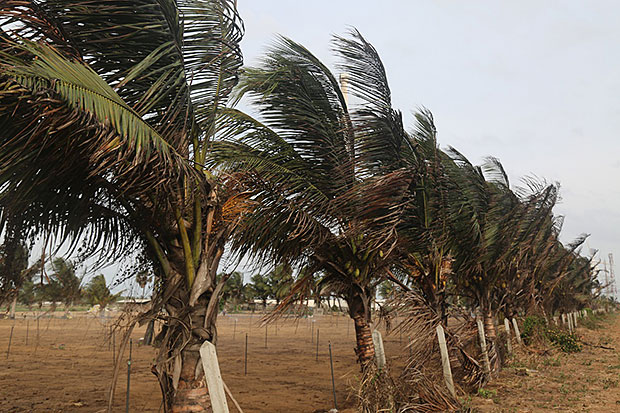