The head of Sri Lankan media monitoring organization, Ethics Eye, explains why it is dangerous for the government to get involved in policing local journalists.

The Catamaran: Why does Sri Lanka need an operation like Ethics Eye?

Deepanjalie Abeywardena: We analyse local media daily and weekly. We pay attention to media behaviour. In doing that, we have realized, our country’s reporting lacks quality

Abeywardena: Yes, it is difficult so we take a sample of newspapers such as The Island, Mawbima, Lankadeepa, Dinamina and Silumina – daily and weekly. At the beginning it wasn’t clear but now we know where the ethics violations are happening regularly. Our aim is educating the local media elite.

The Catamaran: How does Sri Lankan media compare with other countries?

Abeywardena: It would be hard to say whether Sri Lankan media violate the code of ethics more or less than any other country. It happens on a case-by-case basis. In Pakistan, they have a lot of problems and do things to dramatize violent or sexual crimes, for example. In Sri Lanka we are better in this area. However, we cannot be satisfied with this.

The Catamaran: Why pay more attention to the country’s print publications and not local television?

Abeywardena: Sri Lankans look at print media more. They watch TV for the news but at the end of the day they look at newspapers. People’s minds are still shaped by print media.

The Catamaran: What sort of legal mechanisms are there for controlling local media?

Abeywardena: It is a problem. Media ethics need to be protected through a self-regulating mechanism. That’s what the Press Complaints Commission of Sri Lanka is there for. If that is not strong enough, then it should be strengthened. Without that, new laws should not be approved.

The local media must remain completely free of state interference. If the government takes a legislative hold of the media than the media loses its freedom.

The Catamaran: What would a strong self-regulatory regime look like?

Abeywardena: We need a robust discussion with all media sectors in the country. And I believe this can happen through education.

Take some recent reporting on religious and ethnic clashes as an example. Our society talked about it. But that was not enough, so various other parties raised their voices about it. So now there is a clear reduction on inflammatory reporting on these issues. We are better – although we are by no means always great. In general though, the media are moving ahead.

The Catamaran: Let’s go back to government regulation. How can we prevent this?

It could become an oppressor at any moment and we have plenty of historical examples of that. Can anyone guarantee that the state will not abuse this law?

From an even broader perspective, regulation of the media should not be a government job. It must come from within the industry itself. When this happened in the UK, [British prime minister] David Cameron had to take a step back. Journalists there came together and formed their own self-regulatory mechanism.

The Catamaran: How much of a contribution do you think media owners should make to something like this, for example, in terms of financial support?

Abeywardena: There are two ways that this is done in other countries. One sees the media industry contribute funding and the other has the government funding the organization. Although if it is the latter, that must happen without interventions and conditions because the money that is being given, is public money. This is what happens in Germany and Finland. But we have to understand that Sri Lanka’s political culture is different. It is not as developed as those countries. So we can’t apply the same rules. It is important that we develop our own system. 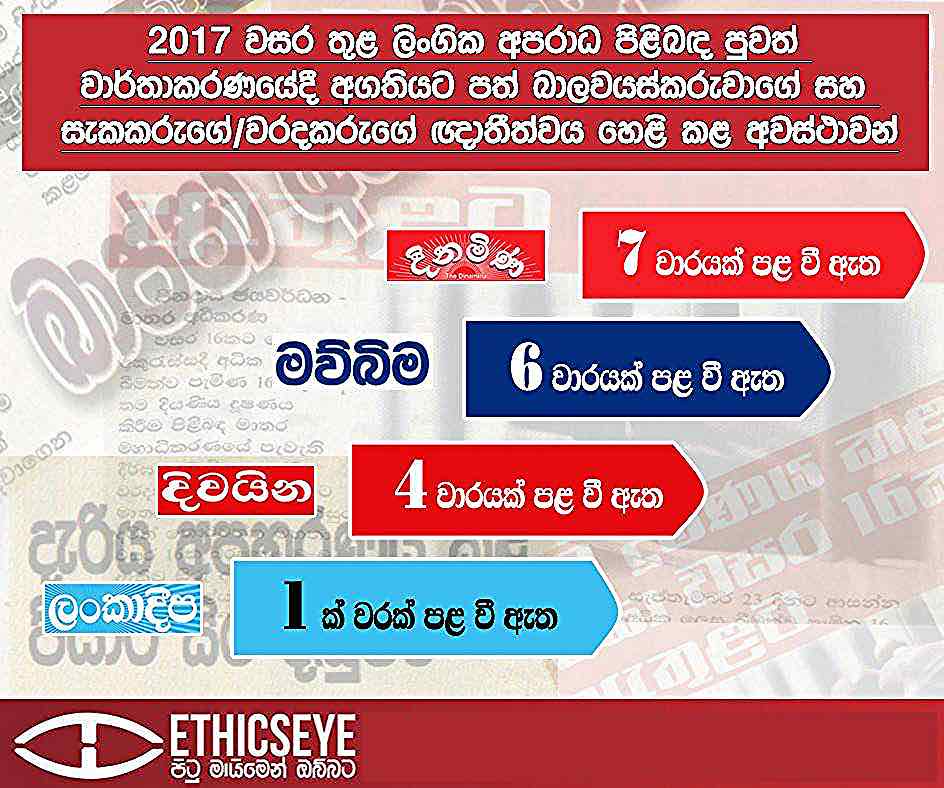 In Conversation with Chandraguptha Thenuwara
“We destroyed their memorials and earned hatred.”
©2023 MiCT, all rights reserved.