While the Jaggery caste in the South are being oppressed , the people of the Pallaran caste from the North are subjected to inhuman treatment due to being considered low caste. 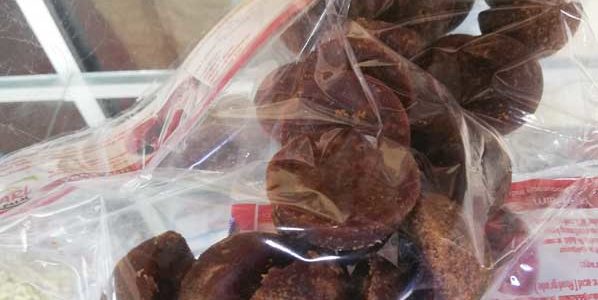 While the Jaggery caste in the South are being oppressed and humiliated, the people of the Pallaran caste, involved in the Palmyra Toddy industry, from the North are subjected to inhuman treatment due to these castes being considered low.

“We are a branch of the Palmyra Development Co-operative Society. I’ve been making jaggery in addition to bottling toddy for 10 years. While out society has about a thousand members along with a board of directors, there are only about two hundred and fifty who are active,” remarks Reginald Wasantha, the Production Manager at the Pandatharippu Palmyra Production Plant where machinery is under-utilized and human labor is valued high.

In the recent past, cheap junk is pawned off as pure Palmyra jaggery in Jaffna. There are large numbers of tourists coming to Jaffna with the intention of Palmyra based products. Unfortunately, there are a few businesses that compromise the quality of products to maximize profit. Some merchants sell fake Palmyra jaggery from the South made of flour, sugar and a bit of Palmyra honey. Yet, it mus be understood that every Palmyra product in Jaffna is not fake and is still a safe place for Palmyra toddy and Palmyra jaggery. Factories like Pandatharippu Palmyra Production Factory, just outside Jaffna, and the Co-operative Societies set up in Jaffna by the people are producing pure Palmyra toddy and Palmyra jaggery.

Such co-operative societies emerged in the outskirts of the city such as Manipay and Sandilipay in the late 1980s. In the early days, these societies collected and bottled the Palmyra toddy produced in the area. There are also taverns selling toddy. There is an old Co-operative Society in the village of Pandatharippu in the Sandilipay Divisional Secretariat area who first started bottling toddy. However, ten years ago the Palmyra jaggery industry began as a by-product because of the high taxes and restrictions on selling toddy in close proximity to schools and temples limitations.

“Our society only gets about four thousand bottles of toddy a day during the season. We’re delivering about one thousand and five hundred bottles to the nearby taverns. They’re our taverns. Out of what remains we toddy use some to make jaggery and the balance is sent to the brewery in Manipay to make Palmyra arrack,”

It is not possible to make jaggery from the fermented toddy. The initial remedy is to place a little bit of the lime used to chew betel nuts at the bottom of the pots hung on the tall Palmyra trees. We do not mix lime with toddy that is intended for drinking, since it will eventually need to be fermented. Adding lime will impair the alcohol content out of toddy and make it sweet in taste.

Toddy with lime is heated to about 50 degrees using firewood and then put back into the tanks. It is then mixed with phosphoric acid to neutralize the alkalinity of the lime. The texture of the lime then gets filtered and deposited at the bottom of the tanks. It is then filtered and heated until it turns to thick honey, which is then bottled. This honey can be preserved for a year and also be used for making jaggery. Production of one bottle of honey requires 8 bottles of toddy and one and half bottle of honey is required to produce a kilo of jaggery.

Honey is sold for Rs. 450 and the cost of a kilo of pure jaggery is Rs. 800. Even though a bottle of toddy is sold for only Rs. 90, this brings in more income when considering the fuel and labor costs. However, we have to pay a tax of Rs. 31 per bottle.

The future of the Palmyra jaggery and toddy industries lie uncertain. The prevailing caste system is a serious problem in Jaffna. The toddy tappers are considered low caste and are being oppressed and humiliated like the jaggery caste in the South.

“The upper castes forget the caste difference only when drinking toddy. A marriage between two castes is unthinkable, but if it does happen, there will be a rift between the families. The lower castes cannot bury their dead in the burial grounds of the upper castes”

Jaffna society doesn’t have issues with caste with just cemeteries, but religious as well. It is amazing to note that not only Hindu temples but also churches are separated according to different castes.

The Palmyra toddy, Palmyra arrack and Palmyra jaggery industries depend on toddy producers. The only real threat to their livelihoods is these fake products. But such obstacles can be overcome by strategies such as legislation and the co-operative system of restoring the industry within a regular framework. The most pressing problem is the severe caste based pressure placed on our people. The people of Jaffna should establish Co-operative Societies like Pandathiruppu Palmyra Production Factory to produce quality Palmyra products. Such places are best option to overcome these narrow divisions.